Food For Thought: Too Much Information; Not Enough Time 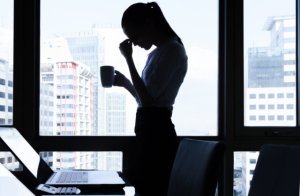 By now, anyone that has read my blogs knows that I am the president of a small advertising agency. We’re an agency because we do with agencies do – assist clients by offering marketing services, and by generating adverts. Okay. Simple enough, but did you know that it’s difficult? Sometimes it’s even thankless and definitely can be money draining.

Let me reveal a masochistic tendency about my relationship to advertising and its pitfalls: I like it.

However, it’s lonely at the top. I’m supposed to know everything. But, I’ve discovered in the quest to know everything, there’s not enough time to discover and absorb the information. This morning I attended a meeting on integrating CRM and marketing automation. It was quite a discussion. It was definitely not ‘old school’. Tomorrow, I’m going to learn more about data and analytics.

The other day, someone sat in my office and droned on about programmatic methods for media buying. That meeting left me cross-eyed, and, this morning my left eye became my right eye and vice versa.

There is a project sitting on my desk that needs commentary, possibly requiring me to analyze why the graphics are off, and why the copywriting inconsistent. Yep. Helping to straighten out the inconsistencies of this advertising issue should be my element, but this other 21st-century digital modernist stuff keeps getting in the way.

What I’m learning is that it’s almost impossible for one person to take on the roles we small agency operators often have. What often suffers is that in the struggle to keep up, customer needs are affected negatively. Certainly, it’s unintentional. It also isn’t because we can’t let go and delegate because is often no one to delegate to. The hope is to incorporate a system and bring in individuals that can handle the nuances and intricacies required of  marketing specialists, and sales people. It’s great being top management, but I want the end product that we produce to improve massively because our clients deserve it.

Running an agency has become more complex than before simply because as the tools of delivering our services improve, the level of difficulty to increase. When I got started in marketing and advertising, very seldom did we give the Internet a thought except to do basic research. The heavy stuff was done by some nerd steeped in statistics and research, and no one really cared how they learned it. I’m not doing myself a service by lagging behind in learning of, and discovering the usage of online sales technology and tools.

But, I’m not a sales director but a guy that writes ads for other businesses.

It’s not so much a complaint but recognition that this profession is a difficult one to master. It’s easy to be mediocre. The standards that we set for ourselves should be higher than mediocrity. Clients place trust in us as well as pay for our services. As the remainder of the day closes, I’ll probably sketch out how all of this headache-inducing “stuff,” can help me develop my vision of a company that is proficient, nimble and capable of doing knockout work.
Some clients understand.

A few weeks ago, I spoke to a former client that told me of the plenteous marketing and advertising needs of his startup. He was considering hiring a large agency in Los Angeles. After giving him an assessment of their capabilities, they quoted a retainer that made him choke. Still, he went to their offices and was given a brief tour and noticed they had departments committed to doing the very thing I’m trying to come up to speed on.

“These people are cold. When you handled a project for me, your staff treated me well,” he said.

I replied: “It’s just the Golden Rule. Honestly, that other agency’s a better fit. It may be in your best interest to go with them.”

“Remember, if they’re not accessible, I doubt if they’re working for me. Never take the personal touch out of what you do.” He said, but took my advice.

After encouraging me, he gave an analogy of a small agency taking on a big formidable one. He talked about a boxing match between Sugar Ray Leonard and Mike Tyson. In his story, Ray knocked Iron Mike out. That analogy is reflective of reality because we try to compete against competitors that have five floors of creatives to undertake a project and know the modern digital “stuff.”

That’s a great analogy, but if Mike tags Sugar Ray with a left hook, imagine the little guy’s headache. Maybe, learning stuff that will make me cross-eyed makes sense.